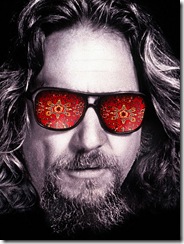 Ulpan today was nuts as usual. We started off the day completing our analysis of a Gershom Sholom story we began earlier in the week revolving around conflict in his family over assimilation and Jewish identity. Next, we launched into our fourth test of the term, each of which is getting progressively more complex and more difficult.

If I am learning one thing about these tests (and excuse me if this is an obvious observation) it is that we are being tested as much on our ability to fill in the blanks as we are on our ability to comprehend the overarching concepts into which we are filling our missing answers. A big part of our tests is demonstrating that we know how to properly conjugate verbs, make number and gender between adjectives and nouns agree, and other grammatical issues, and of course memorizing vocabulary.

However, a growing part of these tests is demonstrating that we can also understand words we have never seen before in context and relate them to the concepts we already understand. It may not be an objectively “fair” assessment of our abilities, but it certainly is what will be required of us in the real world as we actually use the language.

After the exam, we got a nice break in the way of a lecture from another teacher about representations of Israel in ancient to modern cartography. We reviewed a number of Roman, medieval, and Ottoman era maps, particularly those focusing on the layout of Jerusalem, and examined how they depicted the growth and development of the city as well as how they viewed the city relative to the rest of the world. One famous German map we looked at today shows the entire world as a three-leaf clover with Jerusalem at its heart. Other maps were less exaggerated but all very interesting. Again, it is very cool that these presentations in Hebrew are making sense.

The rest of class was spent learning another verb form: the pu’al form. This is the pi’el form we reviewed yesterday in the passive voice. Now we have reviewed all 7 verb forms: pa’al, nif’al, hif’il, huf’al, hitpa’el, pi’el, and pu’al; two of which I was not previously familiar. I am learning new grammar here as well as new vocabulary.

After class, I returned to Kfar HaStudentim and spent the afternoon doing homework. The hope is that if I can get the vast majority of it done today, I can actually enjoy my day off tomorrow. One of the more interesting projects I did today was to read over an article in Yedihot Ahronot in Hebrew about the Gaza bound ship from Libya and the Israeli government’s efforts to divert it to El Arish. The assignment was to pull out all the words that were new to us, write them down with their English translations, and then to provide a five-line summary of the article. It doesn’t sound like a lot, but a real newspaper has an awful lot of words I have yet to learn. My list was long. Still, a very good exercise that I think I will continue independently once ulpan has completed.

Later on this evening, I will be meeting friends downtown at Gan Ha’atzmaut (Independence Park) for a part of the Jerusalem Film Festival. The program I will be attending, “The Dude in Nahlaot” features three local stand-up comedians talking about their favorite comedy, The Big Lebowski, and its overriding themes and local manifestations. Then we’ll enjoy an outdoor screening of the movie. It should be great.

That’s all for now. The Dude abides.

One thought on “Ulpan, Maps, and the Dude in Nahlaot”